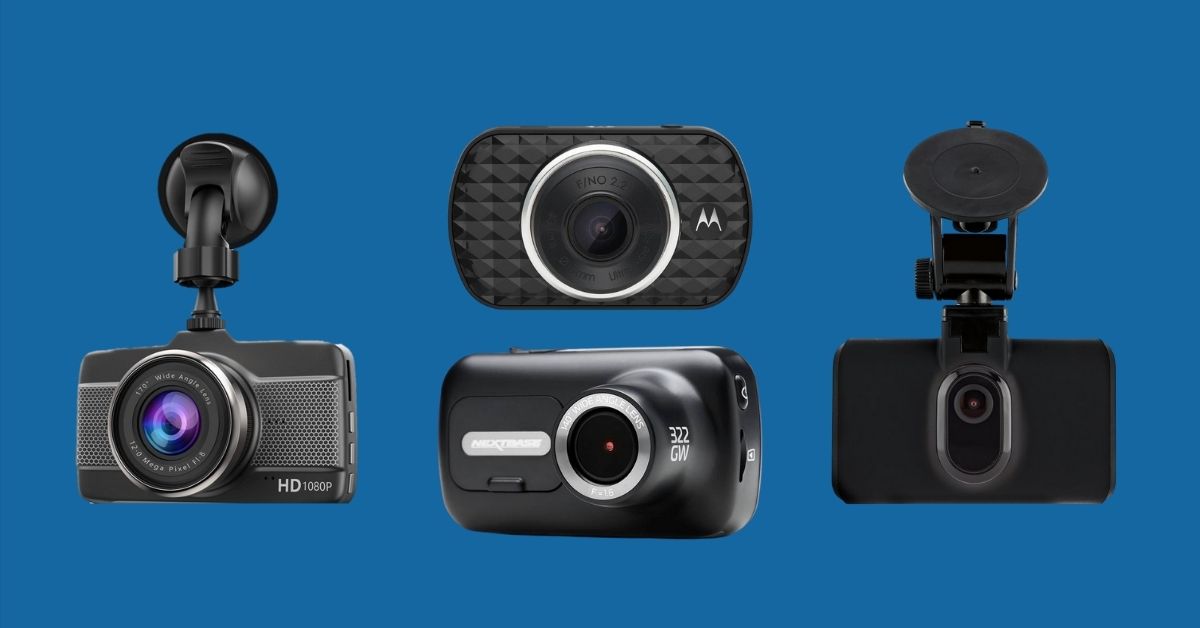 Dashcams have evolved significantly over recent years and you can now pick up a fully functional device for a very good price.

With so much choice, I’ve taken the hard work out for you by reviewing all of the budget cams on offer in the UK and sharing my top picks for each budget level.

Are Budget Dashcams Any Good?

Budget priced dashcams can still perform the basic functions of recording the road whilst driving and keeping an eye on your vehicle whilst stationery (if you have it hardwired).

However, the useability and reliability of some cheaper dashcams need to be kept in mind, after all you get what you pay for.

Budget dashcams tend to have poorer sensors, this might mean they miss valuable footage or record false positives. Of course, if you’re using the manual save button then you’ll be able to ensure major incidents are captured, but this isn’t always possible for car park incidents.

The other consideration is video quality. Cheap dashcams will undoubtedly have poorer quality (despite their false 4k claims of many cheap brands which is actually just HD upscaled).

This is important as you may not always be able to make out registration plates on vehicles involved, signs or identify faces if needed.

Despite these drawbacks, cheap dashcams are better than no dashcam at all.

After reviewing all of the budget dashcams available in the UK, my top picks are:

Below are full reviews of each dashcam I have recommended.

The Nextbase 322GW is part of Nextbase’s new generation of dash cams released in 2019.

This camera records at 60fps and in 1080p, this puts it ahead of competitors with most others in this price range filming at 30fps, although overall video quality is slightly behind the Garmin.

The GPS allows speed and location tracking which is the most accurate from all of the options here.

Bluetooth and WiFi allow seamless connection to the Nextbase smartphone app for fast reviewing of footage and also for the new SOS emergency feature.

It comes with Nextbase signature clip and go magnetic mount that has long been a great feature. This allows docking of the camera to be quick and wireless.

The 322GW is fully compatible with Nextbase’s rear view and cabin view cameras although you can only connect one of these at a time.

Feature wise, this camera deserves the position as overall best dashcam under £100, however if it’s video quality you’re after, keep reading.

If video quality is your determining factor, then the Garmin Dashcam Mini is ahead of the pack.

The image clarity is enough to make out registration plates and signs in the event of any dispute. But with this comes a lack of many other features including no GPS or screen.

The camera specs are comparable to others with 1080p footage at 30FPS, however it executes this very well and the output is smooth, even at night. The Garmin polarising filter is a recommended accessory to further improve image clarity.

The lack of a screen does make the user interface a lot less intuitive and the transfer speeds between the dashcam and phone aren’t to be desired. It does however result in a slim device that isn’t obvious to thieves.

The biggest feature set back compared to the Nextbase is the lacks any kind of GPS for tracking routes and speeds, this feature is reserved for the more expensive Garmins.

Overall, if camera quality is your determining factor then this is ideal, however for an all-round device I’d recommend the Nextbase above.

The Orskey is a low budget dashcam that just inches ahead of its rivals in terms of feature set.

The camera quality is acceptable and will reliably keep track of the vehicle’s activity. Standout features include a 170-degree viewing angle, infrared lights for night-time footage and a rear camera included.

The key selling point of this one is the 6 infrared lights on the front of the camera for filming in the dark, combined with the wide angle 170-degree lens by Sony and the 1080p footage, it’s not bad for such a cheap device.

The front camera records in 1080p at 30fps which is standard for a dashcam of this level. Footage is saved to a micro-SD card for reviewing on a PC or mac as there is no WiFi or smartphone app. There’s also no GPS.

It comes with a rear facing camera also included in the bundle which is incredible value. The rear camera has a 140-degree viewing angle and is waterproof so it can be attached to the outside of the car.

If you want to see a great review of this dashcam, The Gadget Show put this one to the test and although it didn’t come out on top, it was up against two more expensive options and did a good job.

If you’re looking for a bare minimum, no frills dash cam that’s under £50, then the Claoner is what you need.

It has all the basic features that you should expect from a modern-day dash cam such as loop recording and g-sensor, all at a very reasonable price.

The camera is quick to boot and the 3-inch screen allows for immediate playback. It’ not a touch screen but once you get used to the buttons it’s reasonably easy to work.

A nice touch is that the included waterproof rear-view camera attaches to your bumper and can also be used as a reverse parking sensor by wiring it up to the reversing light.

The Motorola MDC50 is a reliable device from a trusted brand that has been around a long time.

In exchange for the recognised and trusted brand, you will end up with a lower spec device. This dashcam has 720p HD quality which is lower than any others here. It also has one of the smallest screen sizes at 2 inches and lacks any companion app.

The video makes for smooth viewing during the day; however, you may struggle to work out what’s going on at night due to substantial glare.

The dashcam is easy to install and comes with a suction cup and ample cable for hiding behind panels, once it’s in place on the windscreen it’s very small and compact so doesn’t obstruct view at all.

I don’t particularly rate the user interface, which is unusual for a Motorola device, it’s slow to navigate through footage so you’ll usually have to connect to a PC or Mac for ease.

View on Amazon
1080p HD front camera
Comes with 720p rear camera
170-degree front viewing angle
Screen is quite small at 2”
No app, playback must be via the PC

The Apeman fits snuggly in the windscreen and won’t obstruct your view at all, this also allows it to have a very good 170-degree viewing angle from the front camera.

It has a fairly small 2-inch screen for playback on the device.

The video quality is above average for its price, outputting 1080p HD at 30fp. It comes with a rear facing camera that can be mounted on the back of the car, this records in 720p at around 25fps.

It doesn’t have WiFi or an app for watching footage back, so you’ll need to take the SD card out and use your laptop to review footage.

There’s a 30-day money back guarantee plus support for 2 years should you have any issues.